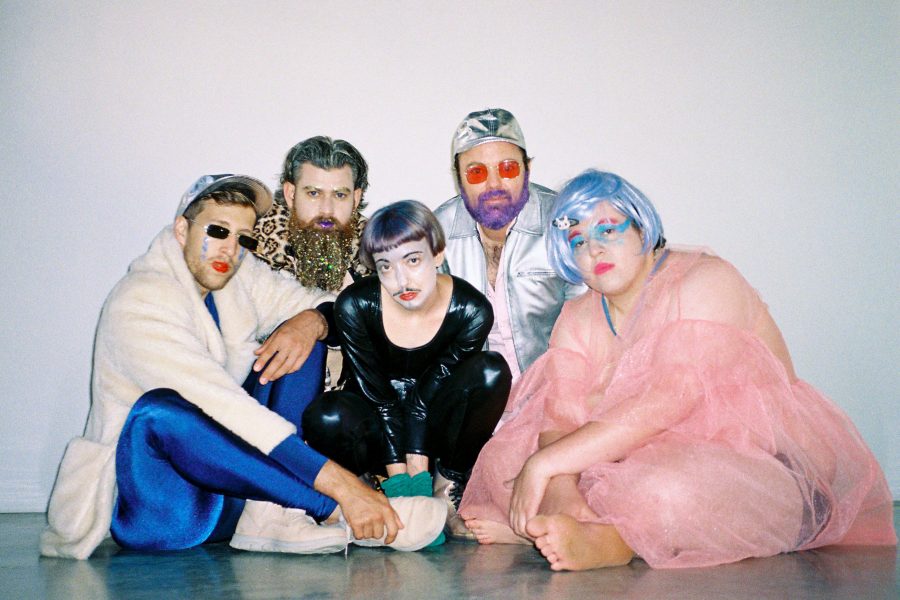 If you are a hearing person, you might be wondering how the relationship between Deaf and Hard of Hearing folks and music actually works.

“It’s absolutely possible and it comes in all different forms and shapes and sizes!” says Molly, the lead singer – Alter Boy.

Molly met Jack (one of Alter Boy’s signers) at an Auslan class and decided to band together and, well, start a band.

“We were the only people in the class who were Deaf and Hard of Hearing and decided that it would be really interesting to create a music project around deafness,” they told us in a full chat you can press play on up top.

The self-described queerlectro pop band hails from Perth and is comprised of three Deaf/Hard of Hearing members. All of Alter Boy’s songs are performed in Auslan and the group aim to represent the many ways in which Deaf and Hard of Hearing folks can experience music.

“There’s quite a common misconception that Deaf is just one type, where it’s a spectrum” signer Laura says.

“Some Deaf people like listening to low beats and subs because they can really feel that, some use cochlear implants and hearing aids, some folks don’t and they just use Auslan,” Molly tells us.

As for Alter Boy’s musical output, we were first introduced to the group’s electric and stirring approach to electro-pop back in July 2019 with ‘Frankenstein’s Dream’. In 2020, they stepped it up with two equally massive tracks that caught the attention of Triple J. The first was ‘Glitter’, which Alter Boy dropped in February. Drawing comparisons to Scandi pop and a “more experimental spinoff of Eurovision” in reviews left by the Triple J team, the song epitomised Alter Boy’s ability to turn the traditional perception of pop on its head. It was part of the reason why the band were one of Triple J Unearthed’s Level Up Grant recipients. Using the moola, Alter Boy crafted a deeply beautiful music video for ‘Bad Dream Break In’, which they uploaded in October.

Featuring the band’s Deaf/Hard-of-Hearing members, the ‘Bad Dream Break In’ music video is an Auslan depiction of a nightmare. Molly explains that the song itself “tells the story of a Deaf person who’s caught in a bad dream or disconnected from reality and finding it really, really hard to re-enter reality.” The clip offers a glimpse of what an Alter Boy live performance might look like; an experience that often includes members in drag and, if you’re really lucky, an on-stage exorcism (hear what that’s all about in the full chat up top!).

Whilst Alter Boy might thrive from their intense individuality, they’re not wanting to be the exception. Looking forward, Molly tells us that they would “love to see a live line-up that is based entirely around deafness.”