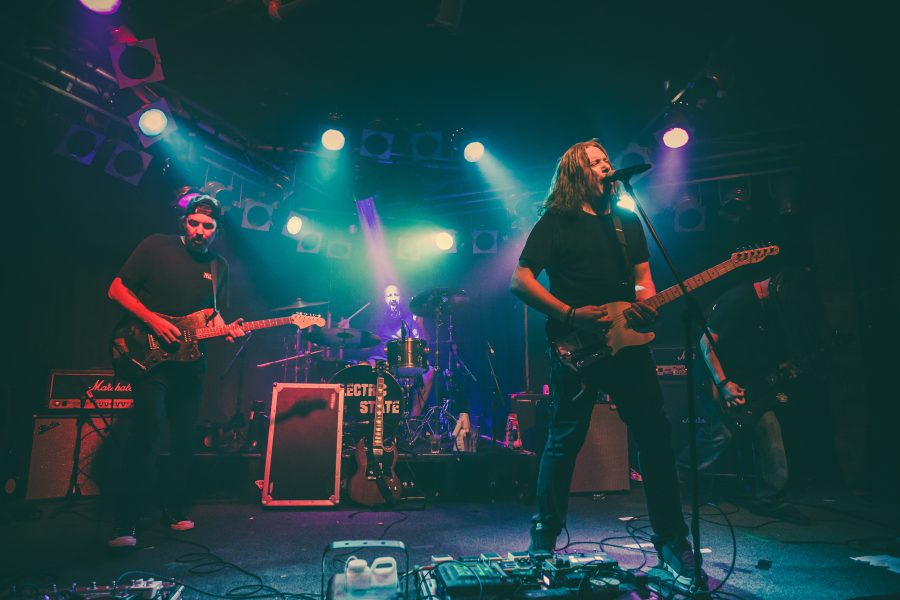 lectric State a grunge styled / hard rock outfit, from Perth, a recipe mix of Alice in Chains, a dash of Black Sabbath, chopped with Rival Sons, Soundgarden with a Pearl Jam infusion. Throw a little bit of Killswitch in the end and then simmer until done. Rock served hot, hard and a little heavy! Electric State is a heavily riff laden groove-based juggernaut from Perth, WA.

Electric State have been blowing punters minds, and the doors off Perth venues since their first gig early 2019. Packing venues such as The Amplifier Bar, The Sewing Room, The Boston, The Bassendean Hotel and The Den, The Civic Hotel, Lucy’s Love Shack alongside a distinguished list of awesome Perth band alumni have been some of the bands highlights so far, along with performances at WAMfest 2019, Gidgestock, supporting touring acts such as the Screaming Jets and Warbirds amoung others. All started from smashing the inaugural Kewdale Tavern ‘Battle of the Bands’. Also taking out the Market city Tavern ‘Battle of the bands.

With singles ‘Get In You’, ‘Lesson’, Light It Up’ and ‘We’re just Blood’ receiving airplay from all around this great southern land and now in the international airwaves in multiple country’s. There is a lot hype for this local WA outfit.