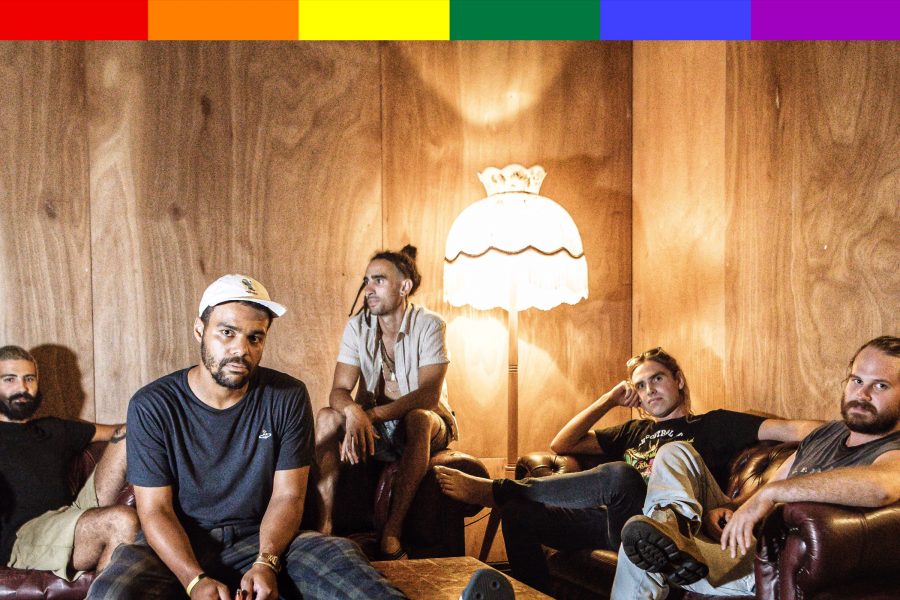 Khaya are a 5-piece alternative rock band that mixes elements of hip-hop, jazz, funk and reggae into a diverse original repertoire with a high energy live show. Khaya is a Zulu word meaning home.

In 2014, singer Kozo Mkhwanazi – son of a South African anti-apartheid fighter and tribal leader – abandoned his life in Pretoria and turned up on Lincoln Ward’s doorstep with nothing. Lincoln took Kozo up to the Kimberley where they spent three months writing songs and living out of a van.

After several lineup changes they met Brendan Polain, Nicky Mitrione and Joey Touma, and released their long-awaited debut single Nature Calls in 2019, packing out the venue and provoking a rave review from Happy Mag, who called Nature Calls “impeccable” and “distinctive,” saying, “Reminiscent of bands like Ocean Alley and Sticky Fingers… Nature Calls is the song you never knew you needed to hear.”

In 2020 they released their second single While You’re Asleep. Now with an album’s worth of new material, a killer live set and their own studio to work out of, Khaya are ready to hit stages and airways. Their third single So What is due out in March 2021.