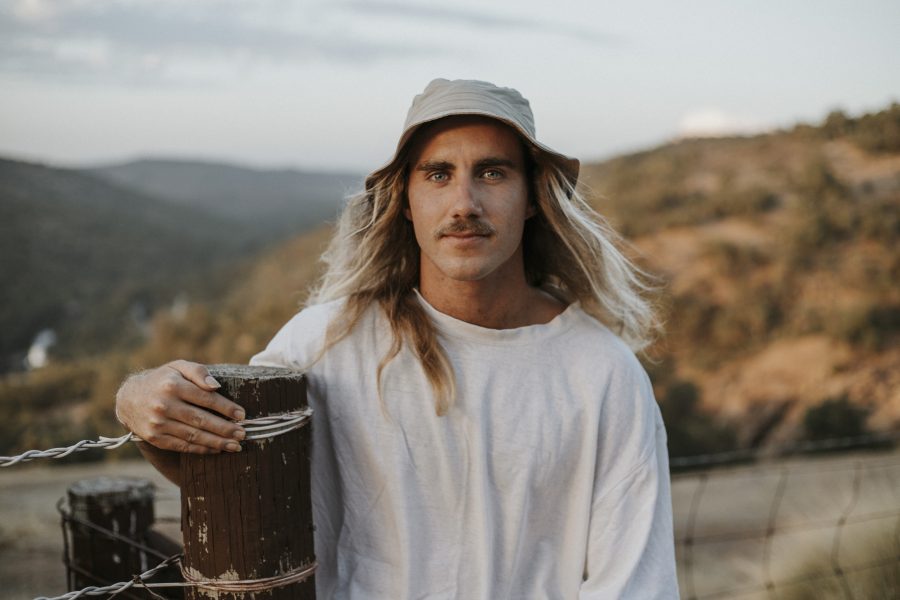 Michael Dunstan is a pensive Perth-based folk writer born in Wheatbelt Western Australia, with a peaceful focus on all things bigger than us.
Venturing far from his quaint regional upbringing in Northam, at 24 years of age Michael has independently, and swiftly sprawled his intricate song writing globally since the release of his debut EP ‘Solace’ in January 2017. Following up with the sophomore EP ‘Partly Cloudy’ and third EP ‘New Normal’, Michael has now loyally garnered in excess of 8 million streams to date on Spotify alone.

Extensively headline touring Australia four times and New Zealand twice in the last 24 months with shows sold out across all corners, Dunstan has been welcomed with a warm and large following for his intricate craft. Openly sharing personal past struggles with heavy anxiety, Michael hopes to leave all with a piece of mindfulness, and share a new-found appreciation of the beautiful world in which we live.

With a deep love for the open road, Michael’s musings reflect and explore periods of travel, calm and silence, and the accompanying revelations and growth found while transitioning through light to dark periods of our lives.

The debut album ‘In the Grand Scheme’ marked the fourth chapter; a diverse 14 track journey that promises to further consolidate Michael Dunstan as a profound Australian singer-songwriter. Following the great success of its release in February of 2020 which was accompanied by a National sold out tour, Michael draws a close to 2020 with the creation of a new EP set for release in 2021.