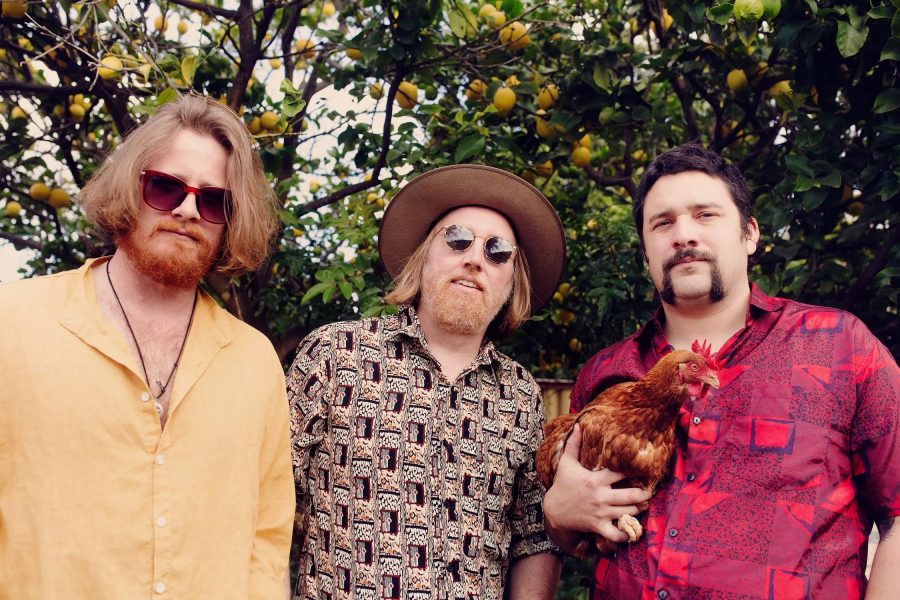 2 full length albums, a stack of Singles, several EPs, US touring, WAM Song of the year awards, numerous supports, a bunch of christmas songs, and a fiercely independent Australian music ethos have been some of the contributing factors that made Pat Chow a well respected Australian band. But It’s the raw and unflinching songwriting backed with a charismatic live show that makes them an adored band in the WA music community.

Pat Chow are a band that challenge music and pay homage to the scene all in the same breath. Instantly likeable hooks, with moving moments that soak into an audience and only pay off on repeat listens. Fun and ferocious on stage, they can be a perfect mess on stage one moment, violently on the edge of disaster with blistering energy, but somehow still be the best band in town before the breakdown kicks in.

Ben’s lyric writing is eloquent and careful, touching on subjects of love, loss, mental health, and friendship, delivered with this heavy australian drawl that is raw, and real. The honesty cuts through instrumentally as well, with Goldy and Gallagher as the backbone to every curve and bend, amplifying the emotion and perfecting subtlety in the catchy songwriting.

Pat Chow captures the nostalgia of 80s indie, and 90s grunge, mixed with all the best bits of 00s alt-rock, but does it with an effortless honesty that is refreshing and current.