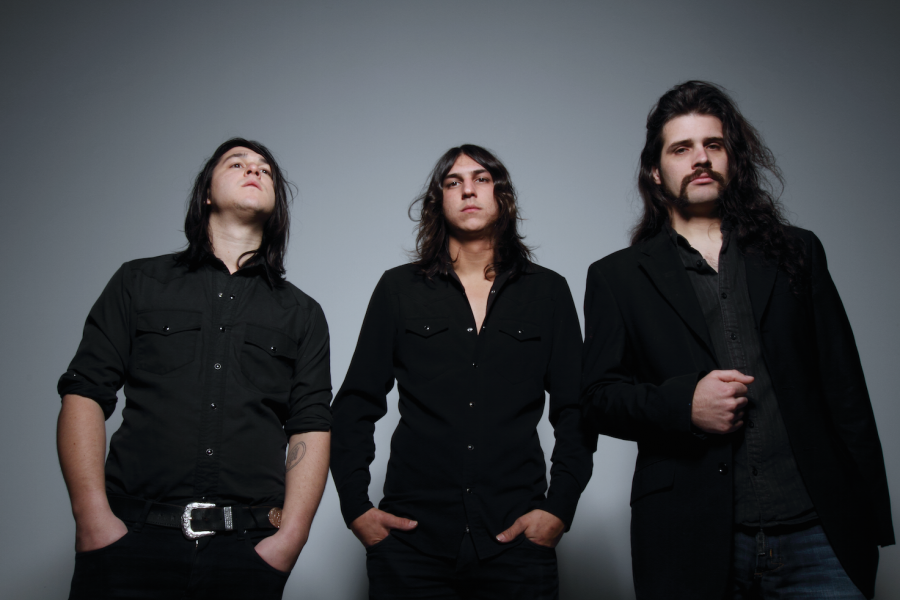 Born on a different kind of bayou, West Australian trio The Floors combine a very individual air of menace with a charm that is both unsettling and arresting at once.

They are, on occasion, described as a blues band, though the killing floor meets the kitchen floor at times, with the sink thrown in for good measure. This music isn’t about archetypes, it’s the people in your house and sometimes it’s you. The lessons were hard learnt when this trio first took to the road over a decade ago…

“We were pure, innocent teenagers,” vocalist/guitarist, Luke Dux recalls. “Then we were offered the opportunity to spend a few years touring around the country and we were corrupted. We learnt how to play like our lives depended on it. In some towns it did.”

This much you can tell when you witness The Floors in performance. Ryan Dux’s tectonic bass locks in with the maniacal death march of Ashley Doodkorte’s pummelling drums, both permeated by the skull-splitting squall of Luke Dux’s cyclonic guitar and curdling vocals, it’s clear The Floors mean every note and every word. They harness something wild and visceral – a mood that fans flames and conjures hellhounds without ever bludgeoning for its own sake. Certainly, these three young men are woke to the primal and raw power of a good blues riff, accompanied by the boundless influences that accompany each member of the trio.

“It could fall apart at any moment and we’re trying to tear the earth into two,” says Luke. “It’s a lot of fun, but we mean what we play.”

What else can one say about the three debonair young gentlemen that make the uncouth and unholy racket unleashed in the rolling juggernaut the rest of us unsuspecting citizens now recognise as The Floors? We could count the sheer amount of West Australian Music Awards (9 and counting); the coveted support slots for icons such as the Buzzcocks, Jon Spencer Blues Explosion, King Khan, and X; the affinity with the almighty Beast Records (home to the likes of Kim Salmon, The Kill Devil Hills, Cash Savage, and Six Ft Hick); the acclaimed albums; or the legions of fans from Bunbury in the South West of Australia, to Brittany in the North West of France.

But that speaks nothing to the face-melting intensity of a band whose music is nothing if not brutal, primitive, vicious, base, savage, primal, grimy, violent, terrifying and above all REAL.

“I’d heard of them spoken about in hushed and revered tones, and, cynic that I am, I was concerned that they couldn’t possibly live up to my expectations. But more fool me, because they came out and absolutely blew my fucking head off”