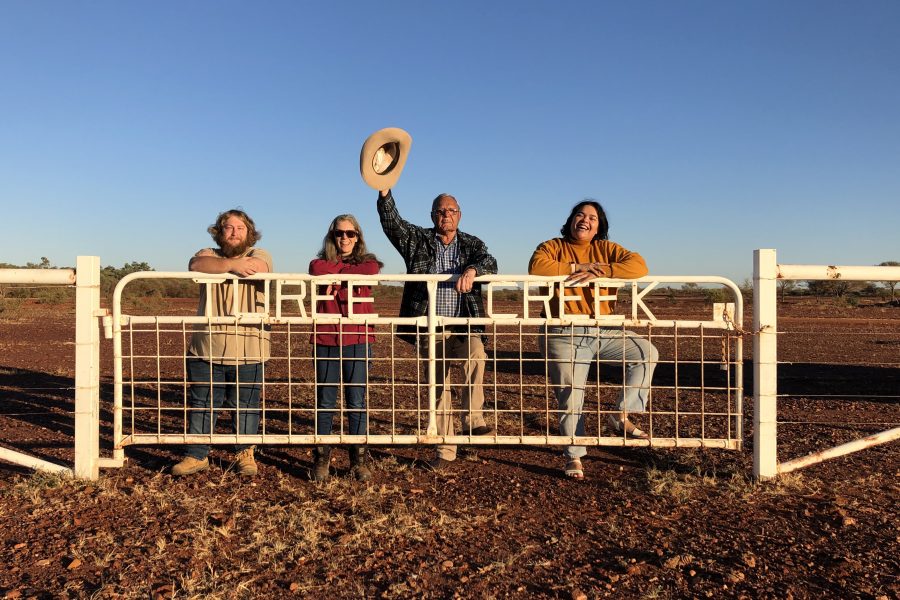 Warriyangga Warralgurniya is a cross-cultural musical collaboration led by 87 year old Thiinma man Peter Salmon. A significant language and cultural knowledge holder, Mr Salmon has been working with linguists/musicians Rosie Sitorus and Jacqui Cook from Irra Wangga Language Centre in Geraldton since 2016 to document his knowledge and continue the work of his late mother. Having worked as a stockman since 1945, Mr Salmon’s stories span the history, culture and vast country of Western Australia and his songwriting reflects this rich tapestry of experience.

Rosie and Jacqui are musicians and songwriters in their own right, and through their work as linguists, have supported language communities to tell their stories through song. Their collaboration with Mr Salmon has created a unique opportunity to blend language, contemporary and traditional music styles and cultural knowledge to produce music that is greater than the sum of its parts. With strong country, blues and roots influences, most notably illustrated through the musical workings of prodigious guitarist Darcy Hay, the songs of Warriyangga Warralgurniya tell the stories of Mr Salmon’s life and language to a new and growing audience, and open up a world of possibility for those he dedicates his work to – his people.