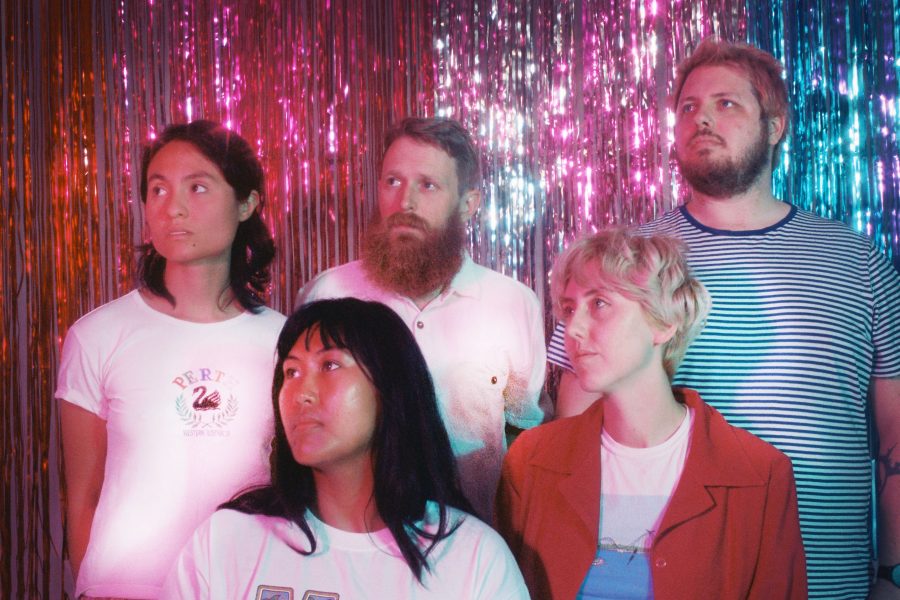 Yawn Vibes take the driver’s seat of a beat up 98 Camry sedan in order to deliver you with their first single ‘Stadium.’

After writing a bunch of songs on sticky notes at their respective customer service jobs, losing half their notes in the washing machine and trying their best to make sense of them again, Taylah and Chris have accumulated a band, dubbed themselves Yawn Vibes and are launching their first single, ‘Stadium’. Recorded and produced by Ryan K. Brennan (Phantastic Ferniture) at Tunafish Studios this debut single sits on the bus next to Stevie Nicks, Beach House and The New Pornographers, cruising down the highway at a pace that will get you to the beach and ready for the Summer months in no time at all.

Taylah and Chris have been chipping away at their sound trying numerous iterations of songs before finding their groove and forming Yawn Vibes. What started as a bedroom pop project for Taylah to learn the ropes of recording saw the duo quickly recording demos for an EP worth of songs, and after playing around Perth for a few years they teamed up with producer Ryan K Brennan to lock down the vocal driven, jangly guitars and synth combo notable in Stadium. “We kinda wish we were rock dogs in Dunedin in the 80’s, but we’re not so we took our namesake from our mutually loved The Bats and worked on bringing in our love of 80s NZ bands, kitsch Australiana, and crisp and clean guitars whilst pairing it with driving vocals. .” –Yawn Vibes