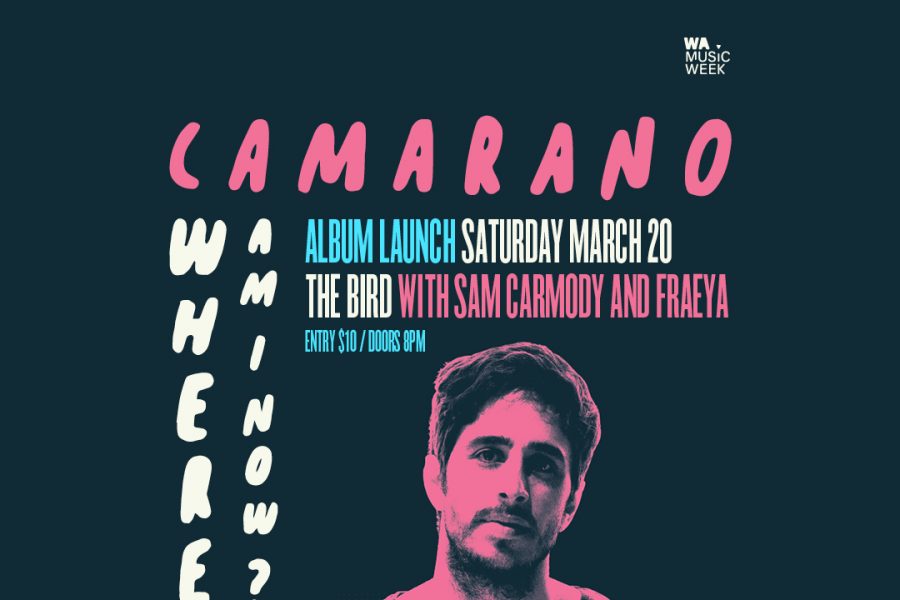 Camarano ‘Where Am I Now?’ Album Launch

Camarano returns to live music to launch debut album ‘Where Am I Now?’ at The Bird with friends Sam Carmody and Fraeya. An album that was self-produced during lockdown in a spare bedroom.

The song-writing chops of Camarano are impossible to ignore on his debut, exemplifying the ingrained sense of melody you come to expect from artists out of Perth.

The debut single was released in 2017 and 2 EP’s followed while Camarano’s songs have been growing into themselves. The first two singles from the album “Holiday Inn” and “Give It To Me Straight” completely find their feet.

“Where Am I Now?” is a statement of intent from a songwriter that is out on March 26th.