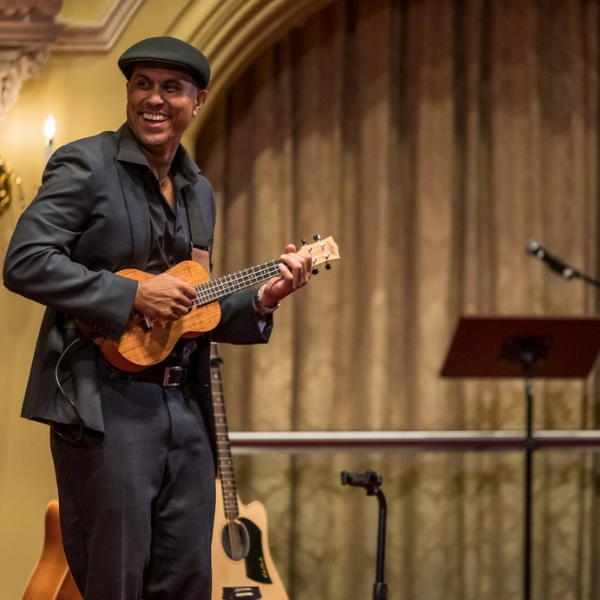 With a musical pedigree which goes back all the way to the 1920’s, it seemed only natural that, at the tender age of eight, Guy would follow his parents and grandparents footsteps and pick up the guitar. Guy has been playing ever since. Originally based in the Kimberley region, Guy performed in many bands such as – Fitzroy Xpress, Gunada, Fotprince, Mary G Band, Desert Child. In addition to this Guy was often on call to perform with touring acts that needed a guitarist, toured with Black Swan Theatre company, and many interstate and overseas festivals. Later Guy was musical director for Goolarri Media Enterprises based in Broome and became their interim Artist Director for local productions and tours. Guy has session’d on dozens of albums, produced many and released 7 of his own, 3 with Desert Child and 4 with Gina Williams.